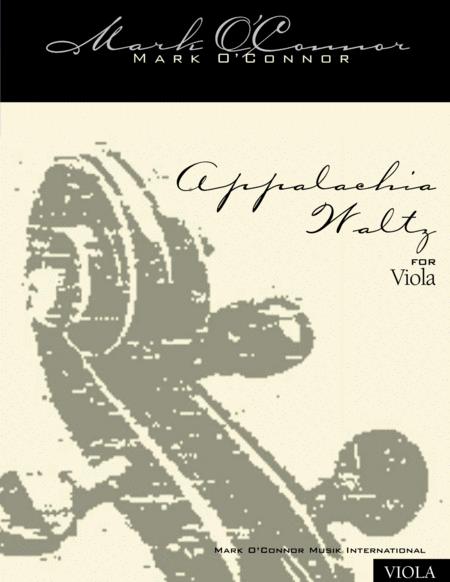 Appalachia Waltz is a piece composed by Mark O’Connor for unaccompanied violin which gained fame as the title track from the album featuring O’Connor, Yo-Yo Ma, and Edgar Meyer. The Sony Classical release remained for many months in the top ten of Billboard Magazine’s Classical music chart. O’Connor originally composed the piece as a solo for unaccompanied violin in 1993 before he brought it to the trio when compiling material for their album. Here, adapted to viola, “Appalachia Waltz” is very similar to the violin version O’Connor performs in his solo concerts. With the musical influences coming from Scandinavian and Appalachian folk fiddling, it is one of O’Connor’s most beautiful pieces. The music is suited for advanced and intermediate levels.

Other versions can be heard on Mark O'Connor's "Crossing Bridges", “Duo” by Mark and Maggie O’Connor OMAC Records and “The Essential Mark O’Connor” Sony Classical