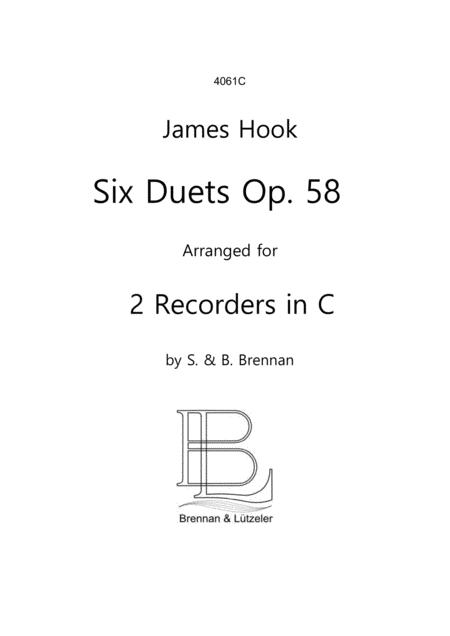 The six duets op. 58 were originally composed for two cellos. They sound amazing on deep recorders. We offer versions for

James Hook was born in Norwich. He displayed a remarkable musical talent at an early age, playing the harpsichord by the age of four and performing concertos in public at age six. He began performing regularly by the time he was 10 years old, including benefit concerts. He held many jobs to earn money, including teaching, composing, transcribing music and tuning keyboard instruments.

In 1763/64 he moved to London where he worked as an organist, teacher and composer, and gained a reputation for composing vocal music. After the death of his first wife, he married Harriet Horncastle James in 1806.  It was at this time that he produced his best work, Tekeli, or the Siege of Montgatz.

In 1820 he unexpectedly left his position at Vauxhall, after almost a half century of service, and he died seven years later in Boulogne.