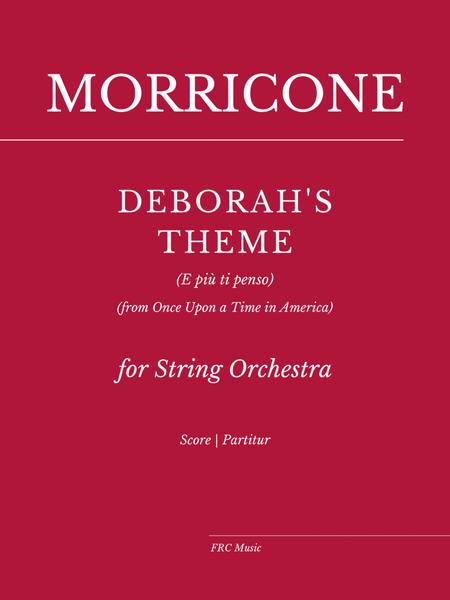 The music of Once Upon a Time in America was composed by Sergio Leone's long-time collaborator, Ennio Morricone. Due to the film's unusually long production, Morricone had finished composing most of the soundtrack before many scenes had even been filmed. Some of Morricone's pieces were actually played on set as filming took place (a technique that Leone had used for Once Upon a Time in the West). "Deborah's Theme" was in fact originally written for another film in the 1970s but rejected; Morricone presented the piece to Leone, who was initially reluctant, considering it too similar to Morricone's main title for Once Upon a Time in the West.