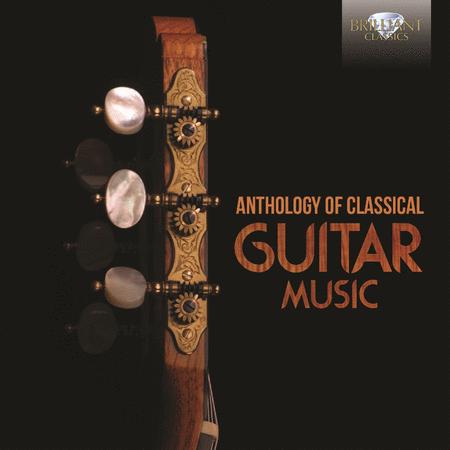 This new release from BRILLIANT is the most extensive guitar collection available. This set spans several centuries of guitar music: from the Baroque period where the guitar gained preference over its ancestor the Lute, to the Classical Period in which the instrument was emancipated and gained its rightful place as a serious concert instrument, through Spain, its country of origin, right into the twentieth century where famous composers extended its sonic possibilities to the very borders of the spectrum. What lies within this release is a treasure trove of unprecedented scope and substance, for both connoisseur and music lover, performed by world class guitarists. Among these guitarists are Paganini expert Luigi Attademo, Cristiano Porqueddu who is currently preparing his Carnegie Hall debut, Frederic Ziganti, Giulio Tampalini, and many more. There are numerous world premiere recordings here, of works both modern and older, thanks to recent rediscoveries. The guitars used range from carefully crafted modern instruments to period instruments, including the 'Sabionari' guitar by Antonio Stradivari.