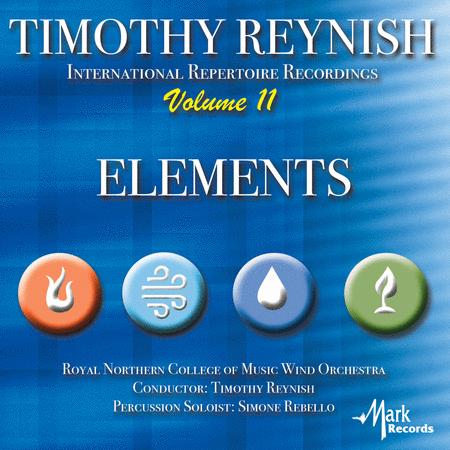 If you were the conductor of manager of the New York Philharmonic Orchestra and were charged iwth devising a festival of music from the past hundred years, you would probably look first at the American contribution of Gershwin, Copland, Schuman, Bernstein, Piston, Cage, Carter, Reich, Adams, Corigliano, del Tredici and Danielpour, and then put them into context against Hindemith, Bartok, STravinsky, Schoenberg, Lutoslawski, Ligeti, Berio, Britten, in fact you would take a world overview. With a medium such as the wind ensemble, still a minority love, still way down below symphony orchestra, opera, chamber music, jazz, R&B and folk in terms of critical interest and popular acclaim, we desperately need thi sinternational approach, in our repertoire and in our performance standards. We need as Gunther Schuller puts in, ''to get out of academia and enter the real world of international music.'' This continuing series highlights the truly superb works of Wind Band Literature as though of by Timothy Reynish. Retired as Head of School of Wind and Percussion at the Royal Northern College of Music, Timothy now travels the planet lecturing, guest conducting and promoting the Wind Band medium at every opportunity.