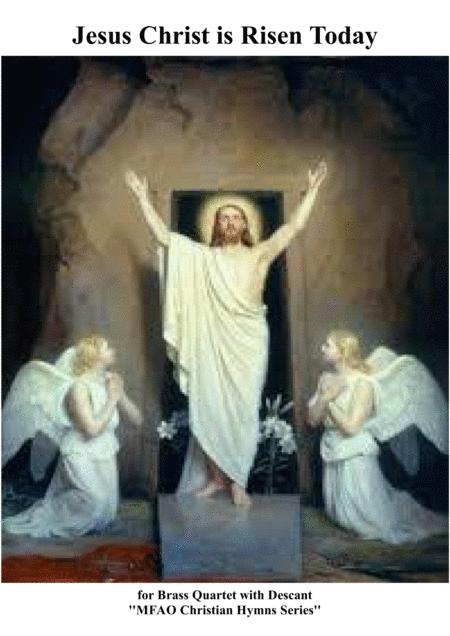 Arranged for Brass Quartet, "Jesus Christ Is Risen Today" was first written in Latin titled "Surrexit Christus hodie", as a Bohemian hymn in the 14th century by an unknown author on manuscripts written in Munich and Breslau. In Latin, it had eleven verses. It was first translated into English in 1708 by John Baptist Walsh to be included in his Lyra Davidica (Collection of Divine Songs and Hymns). The verses of the hymn were revised in 1749 by John Arnold. Initially the hymn only had three verses translated with just the first verse being a direct translation; in 1740 Charles Wesley (one of the founders of Methodism) added a fourth verse to the hymn as an alternative, which was later adopted into the hymn as part of it. The hymn is also noted for having Alleluia as a refrain after every line.

For more of my originalmusic, great arrangements and all the national anthems of the world, check outmy on-line stores:

Need an anthem fast?  They are ALL in my store!

All my anthem arrangementsare also available for Orchestra, Recorders, Saxophones, Wind, Brass andFlexible band. If you need an anthem urgently for an instrumentation not in mystore, let me know via e-mail, and I will arrange it for you FOC if possible! keithterrett@gmail.com

If you perform this arrangement in public, make a recording orbroadcast it through any media, please notify the PRS (UK), or ASCAP (USA), orSOCAN (Canada), or APRA (Australia) or KODA (Denmark) or the equivalentorganisation in your own country, giving the name of the arranger as KeithTerrett.