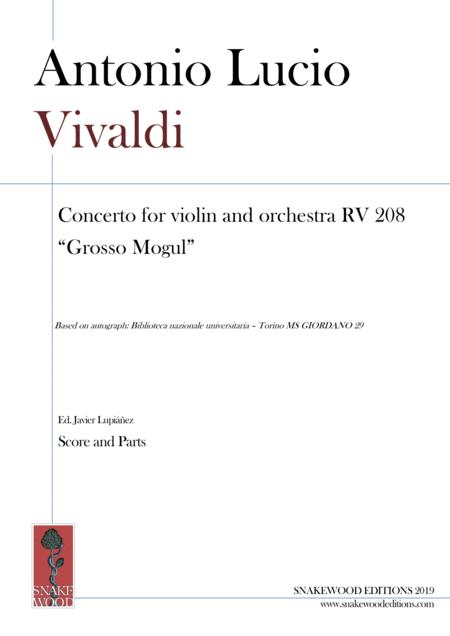 The Grosso Mogul title appears on the Schwerin manuscript, which was written before 1717. According to Michael Talbot, the name of the concerto can possibly be linked to Domenico Lalli’s Il gran Mogol opera libretto, a setting of which had been presented in Naples in 1713. Later settings of this libretto include Giovanni Porta’s, staged in Venice in 1717, and Vivaldi’s RV 697 (1730).

The Schwerin and Cividale del Friuli copies of the concerto contain two variants of extended cadenzas for unaccompanied violin, in the first and last movements of the concerto. The autograph version indicates where such cadenzas can be inserted in these movements, but does not contain the cadenzas. A manuscript with the written-out cadenzas must have been circulating before c. 1713–1714 when Bach transcribed such version for solo organ (BWV 594).