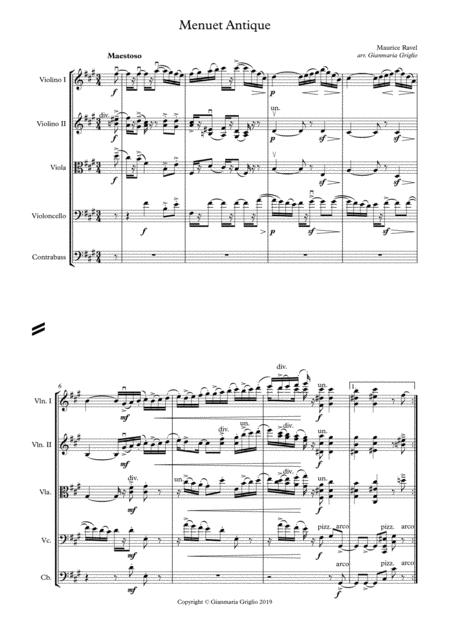 Menuet antique is a piece by Maurice Ravel originally written for solo piano composed by Maurice Ravel. The original piano version was written in 1895 and first performed on April 18, 1898 by Ricardo Viñes, a long-time friend to whom the composer dedicated the composition. The orchestral version, also arranged by Ravel, was first heard in public on January 11, 1930.

The menuet form reappears in some of Ravel's later compositions, such as the central movement of the Sonatine and the fifth movement of Le tombeau de Couperin: the composer clearly goes back some 100-150 years but, while maintaining the form and some of its lightness, does so in his own very personal language.

This piece can add something extra to an all-string program, offering the possibility of some very unique pairings.