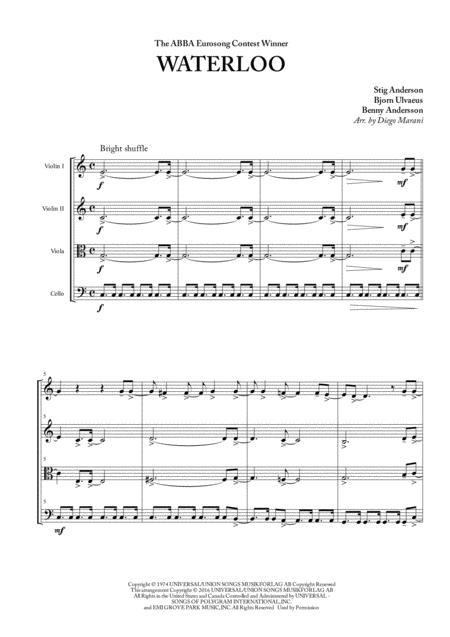 "Waterloo" is the first single from the Swedish pop group ABBA's second album. This was also the first single to be credited to the group performing under the name ABBA. On 6 April 1974 the song was the winning entry for Sweden in the 1974 Eurovision Song Contest. The victory began ABBA's path to worldwide fame. The single became a No. 1 hit in several countries. It reached the U.S. Top 10 and went on to sell nearly six million copies, making it one of the best-selling singles in history. At the 50th anniversary celebration of the Eurovision Song Contest in 2005, it was chosen as the best song in the competition's history.

It is suitable for repertoire, classroom and recital.