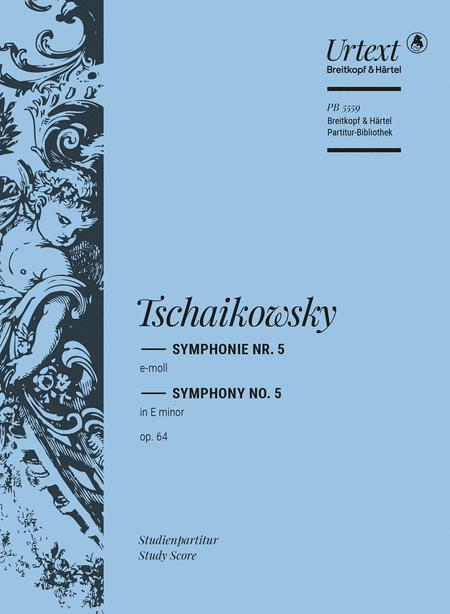 Tchaikovsky's Hamburg Symphony in the Urtext

Like Hamlet Overture, originating at about the same time, Tchaikovsky's 5th symphony, composed in 1888, focuses on the human existential question: To be or not to be - triumph over fate or triumph of fate? The per aspera ad astra dramaturgy underlying the symphony culminates in triumphant certainty. If Tchaikovsky was initially euphoric, then severe self-doubts befell him after he conducted the premiere in St. Petersburg. These doubts demonstrably led him to make interpretative changes for the Hamburg performance in 1889, including a cut in the finale. Only with the extremely positive response to this performance did his doubts dispel. Nevertheless, Tchaikovsky himself never again conducted the 5th symphony. It was only posthumously established in the repertoire through Arthur Nikisch's commitment.

The new edition's textual criticism takes into account besides the autograph and first edition also the first edition's orchestral parts, together with the piano arrangement produced from the autograph by Sergei Taneyev. In addition to thoroughly clarifying dynamics and articulation, the source comparison also corrected many errors and solved problematical passages, such as, for instance, the trombone entry in m. 372 of the finale. Considered, moreover, for the first time has been the composer's doubts about his work and its ambiguities, frequently successfully suppressed in the history of its performance and reception. Tchaikovsky's conductor's copy is unfortunately lost, hence his alterations made for the Hamburg performance are not precisely known. They have survived only indirectly through remarks that Willem Mengelberg left to posterity, for which he could draw on Tchaikovsky's conductor's score and oral references by the composer's brother Modest. So, anyone wishing to deal seriously with the work's certainties will not be able to do so in the future without having also to deal with its uncertainties.

Usually leaves our warehouse:
Within 3 to 4 weeks