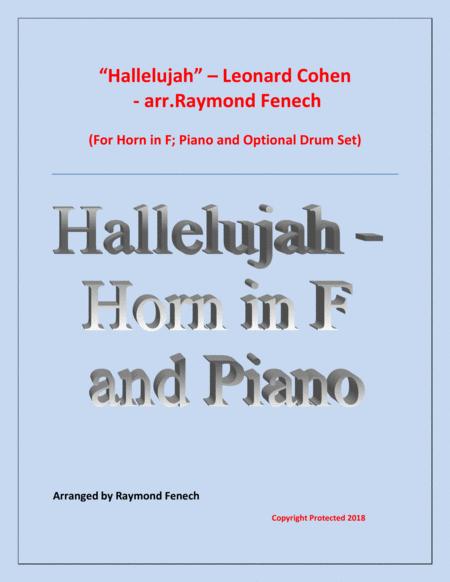 This popular song is arrangedfor (Horn in F; Piano and Optional Drum Set). It is ideal for schoolconcerts and activities