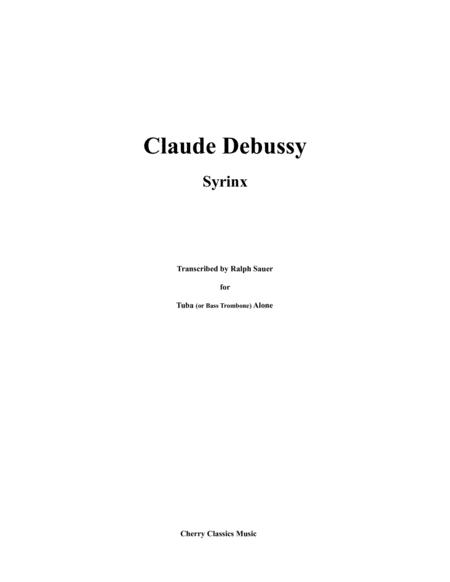 The music allows wide latitude for interpretation and can really show off the musical imagination of the performer.

The great French flautist Marcel Moyse is credited with adding phrasing and barlines to his friend Debussy's new work.

In classical mythology, Syrinx was a nymph and a follower of Artemis, known for her chastity. Pursued by the amorous Greek

god Pan, she ran to a river’s edge and asked for assistance from the river nymphs. In answer, she was transformed into hollow water reeds that made a haunting sound when the god’s frustrated breath blew across them. Pan cut the reeds to fashion the first set of pan pipes, which were thereafter known as Syrinx.

This work of 2 1/2 minutes for advanced performers can add a new dimension to your recital, as it is often performed offstage.

The sample performance was recorded by Ralph Sauer in May 2012.﻿