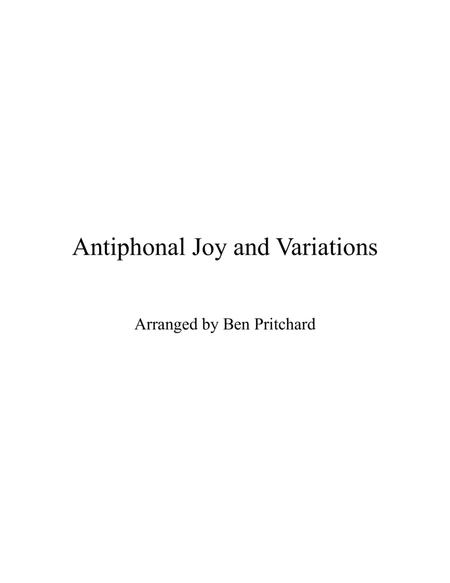 This piece was commissioned by the Stroudsburg Area School District (Stroudsburg, PA) for the opening of their new high school auditorium and music suite. It was premiered at the dedication on March 12, 2013. The initial inspiration for this arrangement came from several “flash mob” videos shared with me by the Stroudsburg High School music faculty. That is how the beginning of the arrangement came to be. It begins with the melody played by a single instrument and passed on to other solos instruments throughout the performance space. The melody is then harmonized in various ways and is then, again, passed through various sections and around the auditorium. The percussion feature in measure 33 mimics a hand bell choir. Each player gets two notes, representing the two hand bells that they would be holding. This 99 measure, 3:20 antiphonal introduction concludes with a jazz choir in 5/4 meter.At this point, all of the musicians are now on stage and the song rebuilds again this time with the string bass section. The main source of inspiration for this portion of the arrangement was from Beethoven’s original work, “Ode to Joy.” Mr. Pritchard also used some ideas from Franz Liszt’s piano arrangement of the masterpiece. In many cases, there was not a lot to change or add. “It is difficult to improve on such a great piece of music.” Because of this, Mr. Pritchard left many things in their original form with slight modifications due to the vast instrumentation. Harmonies and instruments are added until the “rock” changing meter section at measure 222. There is then a slight sense of peace and beauty at measure 256 before the climax is reached at measure 274. Mr. Pritchard’s love of jazz harmonies can be heard in several points in the piece, as is his admiration of changing meter. The arrangement goes through various forms, keys, and genres, including a sudden gospel rendition ala “Sister Act.” The piece concludes with what Mr. Pritchard calls organized chaos with a sudden modulation and lots of chimes, bells and other drums to simulate the “fireworks” of the celebration.Your students will have a blast putting this together. Every section is featured. There are many solo and small group opportunities for all three disciplines. There are sections that require handclaps and foot stomps as well as vocal chanting. The piece is 12 minutes long but feels much shorter due to the antiphonal beginning and various key, meter, and genre changes. It never lags but actually leaves you wanting more (quite a feat with a 12-minute piece!).The piece can be performed slightly up-tempo as in the recording or at a more leisurely tempo as the score indicates. There are several musical references to the Stroudsburg High school Alma Mater and Fight Song. Those parts are marked in the score and may be omitted if desired.Includes full score and separate choir score.