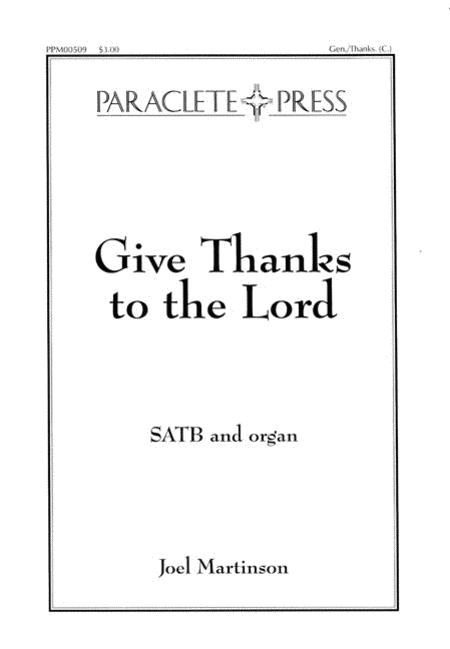 This festive anthem was composed for an SATB choir of modest means to be accompanied by an organist capable of some contrapuntal and rhythmic demands. When first introducing this piece to a choir, particularly one not used to changing meters, syncopation, complex harmonies and choral parts not always supported by the organ accompaniment, I would begin with the center section--measures 88-111. Working a cappella as much as possible throughout the note-learning process, one could turn next to portions of the B section-- measures 36 to 53 and the parallel measures 68-82. Then learn measures 112-122. Next, introduce the "sing to him" canonic section, measures 24-31, teaching the SA part (bars 24-25) to the entire choir, then singing the canon as written. Anytime along the process, the beginning motive can be sung mm. 15-17 and 21-23, as well as its reoccurence in the return, mm. 136-137 and 141-142. I would suggest speaking the syncopated measures (18-20), then singing them slowly and staccato, gradually increasing tempo until these few bars can be sung in the context of the entire first section. Once the choir has a good grasp on the fore-mentioned parts, introduce mm. 56-66, pointing out the similarities with the earlier sections. The treble divisi should be in three equal parts, it at all possible. The last portion with coda (mm. 146-end), should be easier by this time, but I would suggest singing bars 151-155 slowly for tuning purposes. The "Hallelujahs" can be used as a warm-up to this piece a couple of weeks after its introduction, emphasizing the pure vowels, "ah, eh, oo" and rhythm (short, short, LONG-ong-ong). The organ introduction can be gradually added in rehearsal, especially in places where it helps the choir find its next pitches (mm. 103-122 and 156-end). In general tonal terms, I prefer clear, fairly pure sounds from both the women and men of the choir. This makes tuning of the complex chords of contemporary music a great deal easier, and blends much better with the sounds of the organ. Notes by Joel Martinson * be sure to look at "Three Days had Passed" and "Pervasive Never Absent One" by Joel Martinson as well!

At 22 pages, Joel Martinson's Give Thanks to the Lord is an extended anthem based on Psalms 105 and 106. This piece is recommended on several levels, but most important, it provides a model of how a larger works does not need to be overly difficult; a parish choir of only moderate means could take this composition and run with it. The mostly homophonic choral writing never exceeds four-parts, and it contrasts nicely with the counterpoint of the organ; for contrasts, the voicing thins to unison and two-part writing. Effective harmonic excursions and musical contrasts sustain the composition toward the final Hallelujahs. - Monte Mason "The Journal of the Association of Anglican Musicians" June 2006
This relatively long (six minutes) setting of portions of Psalms 105 and 106 would make an effective, festive anthem for any ensemble. According ot the composer: "This festive anthem was composed for an SATB choir of medest means to be accompanied by an organist capable of some contrapuntal and rhythmic demands." Indeed, the organ writing is complex. The continually changing meters and contrapuntal writing will take some work. Technically, however, the organ writing is not difficult and should be accessible to many. The choral writing is unison, two-part, and homophonic in its four-part sections thereby making it technically manageable. The length of the work and the relative lack oif repetition (ABA in form) will provide the greatest challenge for most ensembles. - "Cross Accent" August 2005.