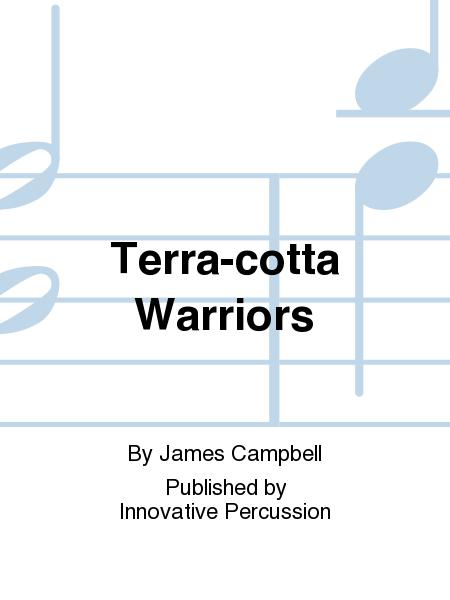 Composer's Notes: While digging a well in 1974, Chinese farmers unearthed a vast 2,200 year-old archeological treasure. This stunning discovery in the Shaanxi province, southwest of Beijing was a terra-cotta army that served as guards for the tomb of the first Emperor of China, Qin Shi Huangdi. Buried in three pits amid the reddish soil of the Yellow River valley were more than 8,000 armed warriors, servants, and horses pulling manned chariots; each life-size terra-cotta statue unique. The tyrannical Emperor Qin is credited with centralizing power, building the Great Wall, constructing vast highways, and unifying weights and measures, currency, and written script throughout his empire. Qin was obsessed with achieving immortality and ordered that a massive clay army be created to protect his tomb in the afterlife. My inspiration for this percussion work is an image of the terra-cotta warriors as a ghost army that gradually becomes mortal as they carry out their duty to protect Emperor Qin from his many enemies.

"This 2006 percussion trio is dedicated to the Caixa Trio (Julie Davila, Julie Hill and Amy Smith). Programmatic in its musical structure and style, "Terra-cotta Warriors" depicts the discovery in 1974 of a 2,200 year-old archeological treasure in ancient China. Consequently, the instrumentation includes five graduated drums for each performer, a wind wand (aerophone), woodblocks and cowbells, suspended clay flower pots, China cymbals and other suspended cymbals. After a rhapsodic introductory passage, steady sixteenth notes in the total ensemble give way to a mixed-metered passage in 7/8, 5/8 and 6/8. Alternating between lyrical and rhythmic textural contrasts, this composition ends with a flurry of loud unison rhythms, which cause the ending to be very dramatic. This trio would be excellent for mature college percussionists. " - Jim Lambert Percussive Notes, February 2008.