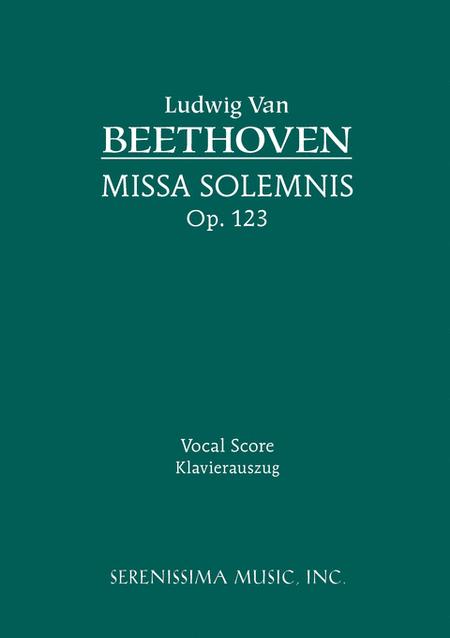 In April, 1819, Beethoven's patron (and pupil) Archduke Rudolph was elected a cardinal, and in June he was further elevated to Archbishop. The date of his formal installation was set for March 9, 1820. As Beethoven's interest in church music had developed and deepened, he felt that this event presented the perfect occasion to express his appreciation for the Archduke's benevolence by writing a composition. In a letter to the Archduke, Beethoven wrote, "The day on which a High Mass composed by me will be performed during the ceremonies solemnized for Your Imperial Highness will be the most glorious day of my life; and God will enlighten me so that my poor talents may contribute to the glorification of that solemn day." Beethoven immersed himself in the work completely, devoting his mind and heart to the writing of this Mass. According his biographer Schindler, Beethoven's personality changed at the beginning of the composition of the Missa Solemnis. Schindler described his state as "Erdenentrucktheit", an oblivion of everything earthly. He seemed to transport into another world during the compositional process, as illustrated by Schindler's description of a visit to Beethoven. "In the living room, behind a locked door, we heard the master singing parts of the fugue in the Credo - singing, howling, stamping. . . the door opened and Beethoven stood before us with distorted features, calculated to excite fear. He looked as if he had been in mortal combat with the whole host of contrapuntists, his everlasting enemies." After the date of the installation came and went, without the completion of the Mass, it became apparent to everyone, including the Archbishop Rudolph, that the impetus driving Beethoven to write the "Missa Solemnis" was of a greater purpose. The work ultimately received its premiere in St. Petersburg, Russia on April 7, 1824 at a benefit concert organized by another Beethoven patron, Prince Nikolas Galitizin. Unabridged digitally enhanced reprint of the vocal score prepared by Salomon Jadassohn in ca.1885 to coincide with the full score from Beethoven's complete works issued by Breitkopf and Hartel starting in 1868.