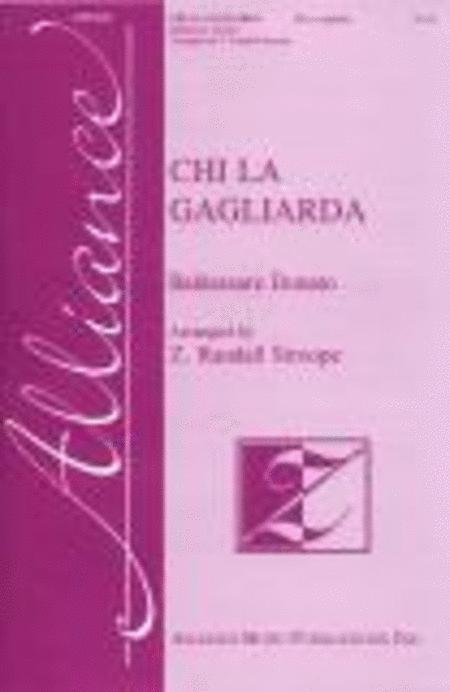 Note: Gagliarda is similar to gah-lyar-dah (three syllables only), except the gli combination is pronounced with the middle of the tongue on the roof of the mouth. There is no English equivalent, and it should not be pronounced gah-lee-ahr-dah. Italian r's are always flipped; dentalize the consonants ( [d, t, p, ch] are particularly challenging for most students); keep the tip of the tongue on the teeth and avoid aspiration of consonants (as prevalent in English); ch is pronounced as k (Italian chi sounds like the word key in English, except for the dental k). Precision in pronunciation will also complement the precision of the dance-like character of the piece.

ABOUT RENAISSANCE DANCE
Fashion changes in the late Renaissance, including tight upper body lacing for men and corsets for women, contributed greatly to stylistic changes in social dance. Further, head movement was restricted by the wearing of ruffs around the neck. As a result, dance technique focused on virtuosic footwork. The dancing, designed for music in triple and duple meter (like Chi la Gagliarda), included walking steps, cutting steps, sliding and stamping of the feet, leaping and jumping. The arms were generally held low. Often requiring the services of a dancing master and considerable practice to perfect, the complex dances involved as many as eight performers and were designed to be viewed from the front, sides, or above the dance floor.

ABOUT THE COMPOSER
Baldassare Donato (1525-1603) was arguably the best secular composer of his era. His madrigals and motets are characterized by spirited rhythmic accents, lucid patterns, and attractive melodies. He seems to have been more interested in portraying the emotion, spirit, and color of the words he set to music rather than simple text painting.